Eleonora Strino grew up in a creative household. Her father and sister were important painters of figurative art, but music was what attracted Eleonora.

She began playing guitar as a teenager, and from the first time she heard Jim Hall playing with Bill Evans she knew she wanted to be a jazz guitarist. studied at the conservatory in Naples, then at the Conservatorium Van Amsterdam with Martin Van Itterson, Jesse Van Ruller and Maarten Van de Gritten. Eleonora began her professional career as first guitar in the orchestra of Italian composer Roberto De Simone.

She met Greg Cohen during an audition in Berlin.  He was Tom Waits’ long-time bass player, as well as playing with Ornette Coleman, Lee Konitz, and Woody Allen among others.  He took Eleanora under his wing and they started a solid collaboration that led them to play all around Europe and at many important festivals. They recorded an album in 2017, “Si, Cy,” a tribute to the America songwriter Cy Coleman, and continue to tour Europe.

In 2018, Eleonora received an invitation from the renowned Italian pianist Dado Moroni, who has carried on the Oscar Peterson legacy, to be part of one of his bands. They played at the leading Italian festivals with American vocalist Adrianne West, who previously worked with Barney Kessel and Joe Pass.  In 2020 the Moroni band will do a week of concerts and masterclasses in Switzerland.

Eleonora is also a composer and an arranger. In October 2019 she won a prize for the best composition at the international competition “Jhonny Radacanu” (Romania) with her song “Senza e Ce Sta’.  She was invited to play her music with Milan’s civic jazz band in the beautiful Strehler Theatre.

Eleanora has many current solo projects.  She is writing a guitar instruction book for the English publisher Fundamental-Changes called “Be-Bop Scales,” which will be distributed in America.  She is also working on her first album as a songwriter, featuring her guitar and voice, and she will be touring North America with International Guitar Night in early 2022.  The future is very bright for this multi-talented artist.

2014 she had the contract with Blue Show, a big performer society. She became the guitarist of the famous vocal trio “The Blue Dolls”, the band “Five woman for jazz”, “Lentini’s voices” and Viviana Dragon trio.

2017 guitarist for the show “Contaminata” of the jazz singer Paola mei.

MAIN Formations as a leader 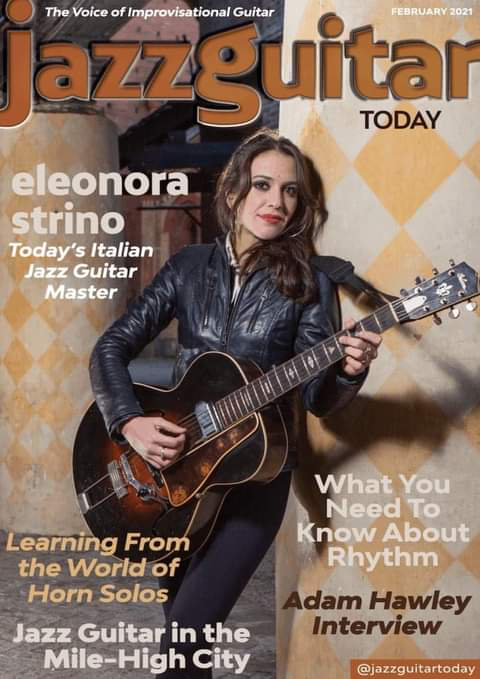 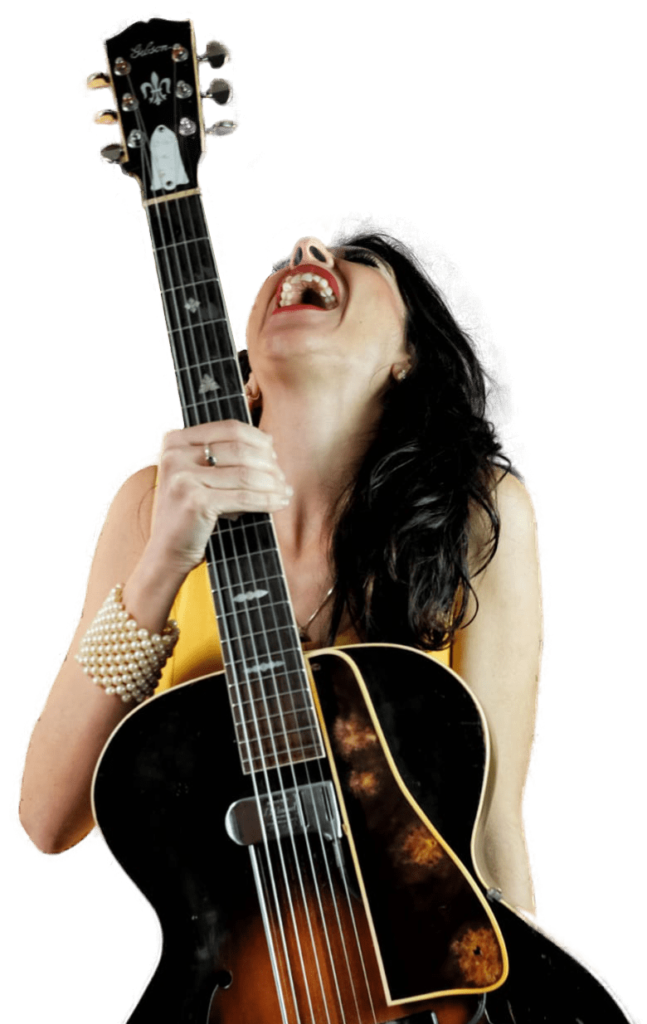